Ines Sainz Denies Attacks on Her 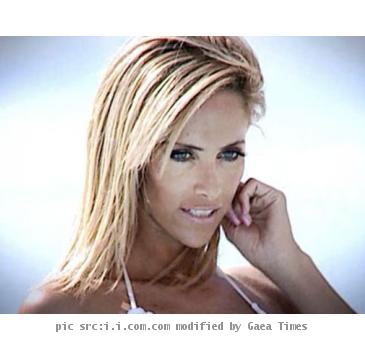 NEW YORK (GaeaTimes.com) — Last Saturday, a Jets coach threw a football at Ines Sainz before she went in for a interview with Mark Sanchez. The Mexican Sportscaster went into the New York locker room to interview the quarterback. A few minutes later Ines was called by another reporter standing outside. He came to her saying that he was very sorry about the attacks before she entered the New York Jets Locker room.

In my opinion, I never felt I was attacked.

She said that she did not think about the matter and was not even aware that this could turn into a big deal. She also admitted that the actions levied towards her, before entering the locker room was in a very joking tone.

However, NFL has taken the matter seriously and they have claimed that they want to hold a respectful position for the media among them. NFL Spokesman Greg Aiello said that the league and the Jets were looking into the situation after they were informed of it last Saturday.

Owner Woody Johnson has already spoken to Sainz on Sunday where he said that he expected each and every member of the Jets organization to deal fairly and professionally in every situation.