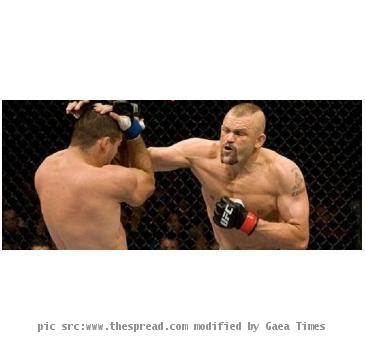 Ultimate Fighting Championship, UFC 115 has begin an hour. The middle weight champion, Rich Franklin is about to put an end to the glorious career of the the former Ultimate Fighting Championship light heavyweight titleholder Chuck Liddell. Out of the ring for 14 months, Liddell was dictating the pace of the fight in the first round. It took a sharp right hook from Franklin to see Liddell falling flat. Franklin was left nursing a badly swollen left-arm after blocking a kick from Liddle. All  bets were on Liddle who has grotesquely disappointed his fans.