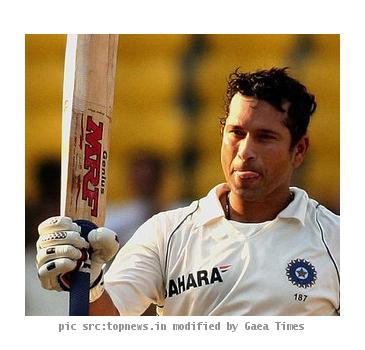 Sachin, with his 6th double century today crossed the 14,000 mark in Test cricket. He also creates a record by surpassing the 150-mark for the 20th time.

On the third day of the second test in Bangalore’s M. Chennaswamy Stadium Tendulkar and Suresh Raina built a partnership of 61 runs and save India’s disastrous innings.