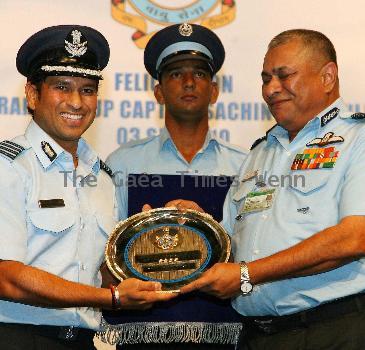 LONDON - Cricketing legend Sachin Tendulkar feels the current England squad is a more balanced one than Australia and has a better chance of winning the upcoming Ashes series.

Tendulkar believes the English have a great opportunity to win the series down under and said left-hand batsman Eoin Morgan could be the key performer in the eagerly awaited clash between the arch-rivals.

“I think England have a better chance. I favour them slightly. I would say Morgan could be the key performer in the Ashes… Graeme Swann as well,” Tendulkar was quoted as saying by The Guardian.

On the batting talent of Morgan, Tendulkar said: “He is a very solid player who can control the pace of his innings. He can become a really good Test batsman even though he has only played a few Tests so far.”

About the other team members, Tendulkar observed: “After Morgan you have got the experience of (Andrew) Strauss, (Paul) Collingwood and (Kevin) Pietersen. They are a really well-balanced side and this is a great opportunity for England.”

Pietersen has of late been battling with poor form and the Indian batting maestro opined that it was all in his mind and the stylish English batsman will come out of the slump.

The 37-year-old cricketing legend, who is nearing 50 centuries in Test cricket, acknowledged that Australia’s dominance in world cricket is on the decline, which leaves the visitors favourites for retaining the Ashes urn.

“Yes… to not have (Matthew) Hayden, (Justin) Langer, (Adam) Gilchrist, (Glenn) McGrath, (Shane) Warne, is a big loss. They still have some world-class players but their batting revolves around (Ricky) Ponting. When you want to create a vacuum in their batting you need to get Ponting,” said Tendulkar, who is the highest-run getter in Tests and one-day format of the game.