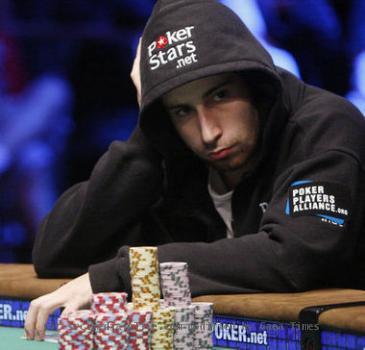 Duhamel took the last of Florida pro John Racener’s chips in the no-limit Texas Hold ‘em tournament with an ace high after 43 hands, where Racener was no better than a 4-1 underdog in chips.

It’s a dream come true right now,” Duhamel told the crowd at the Rio All-Suite Hotel & Casino as confetti fell from a theater ceiling. “It’s like the most beautiful day of my life.

Racener, won $5.55 million for the second place. He said, his only good hand was pocket queens and he didn’t pick up anything besides that better than an ace-deuce.

I could never get anything going,” said Racener, 24, of Port Richey, Fla. “It was unfortunate and he played it well.