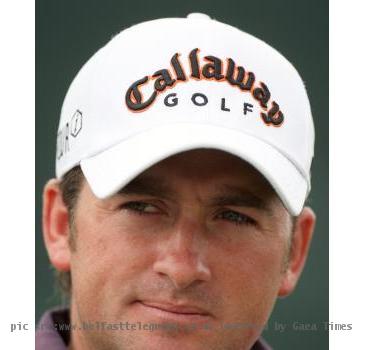 Graeme McDowell is flying high in the air as he rose to seventh ranking in the world after his outstanding victory against Tiger Woods in California.

McDowell, who moves up four places in the rankings, added the title to his US Open, Wales Open and Andalucia Masters triumphs this year.

Rory McIlroy slips one position to 11th despite his fourth place in the US. Lee Westwood has extended his lead over Woods at the top of the rankings. Westwood is now 0.8 points ahead of the former number one.

Swann can't wait for the Ashes to begin

BRISBANE - England off-spinner Graeme Swann is so excited about The Ashes that he is "bouncing off ...

Tanveer Ahmed should have been tried on 'bowler-friendly' English pitches: Qadir

Ashes 2010: England could face cracker of a pitch at the WACA again

PERTH - There are signs that the WACA may be on the verge of regaining the pace that made it the mos...
Copyright© 2010 The Gaea Times