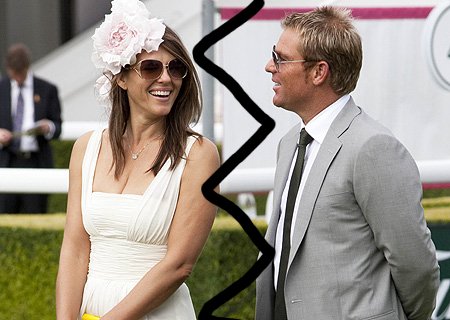 45-year-old Hurley allegedly ended her relationship with the 41-year-old Australian cricket legend after learning that he had sent sexual text messages to a married Australian woman.

According to the latest news, Warne sent her more than 100 messages, while simultaneously cultivating his relationship with Hurley. This made the British actress Hurley really angry and she tweeted that she ended her relationship.

Fletcher's 'three mantras' of how to dislodge Ponting

Captain Ponting under biggest amount of pressure, says Pietersen ahead of Ashes

BRISBANE - In the first definitive sledge launched against Australia by a cautious England side sinc...