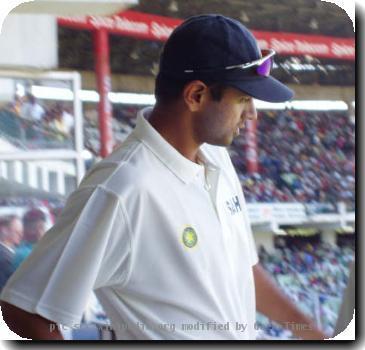 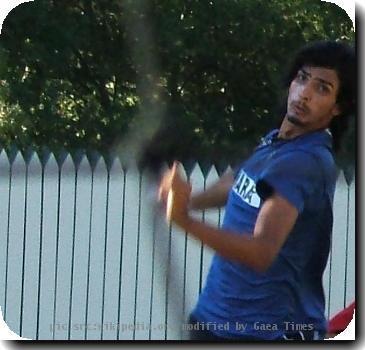 Chasing an improbable victory target of 415 runs, Bangladesh put up a fight with Mushfiqur Rahim (101) putting up up resistance, but folded up for 301.

Ishant, who struggled for form in the last couple of series, finished with three for 48.

Leg-spinner Mishra, too, was at the receiving end after his lacklustre performance in the Ahmedabad Test against Sri Lanka, but Thursday showed encouraging signs of his return to form. He claimed four wickets for 92 runs for an impressive match haul of seven for 158.

Having dismissed India for 243 in the first innings, Bangladesh would have entertained hopes doing a lot better in the match, but India fought back to turn the tables on them. The visitors bowled out Bangladesh for 242 and then with the help of Gautam Gambhir’s fifth successive Test hundred, batted Bangladesh out of the match.

Resuming their second innings at 67 for two Thursday, the hosts lost Mohammad Ashraful for 27 in the fourth over of the morning. The former captain gave a simple catch to Rahul Dravid at second slip off Ishant.

Tamim Iqbal battled for quite a while, scoring 52, before Virender Sehwag dismissed him, caught by Dravid at slip just before the luncheon break.

Bangladesh went into the lunch 136 for five with Shakib Al Hasan and his deputy Mushfiqur at the crease.

Mushfiqur delayed the inevitable scoring a strokeful 101 off 114 balls with 17 fours and a six. Mushfiqur’s century is also the fastest in Tests by a Bangladesh batsman.

Shakib was out soon after lunch, becoming Mishra’s first victim.

Zaheer Khan then removed Mahmudullah (20), caught behind, before Mushfiqur and Shahadat Hossain (24) put on 60 runs for the eighth wicket.

After Hossain and Shaiful Islam fell to Mishra, Mushfiqur carried on shielding the last man Rubel Hossain (4), contributing 39 in the 44-run stand, to bring up his century.