Few, if any, consensus picks emerge for NASCAR’s season-opening Daytona 500 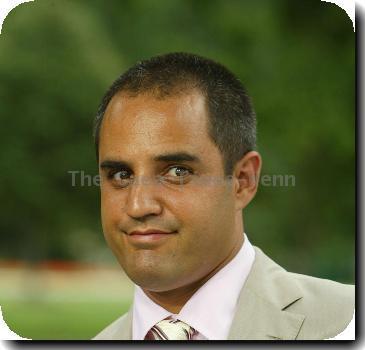 DAYTONA BEACH, Fla. — There doesn’t seem to be a trendy pick to win the Daytona 500.

Sure, former winners Jimmie Johnson and Tony Stewart are getting some attention. And it’s hard to count out the last three 500 champions — Matt Kenseth, Ryan Newman and Kevin Harvick.

But since no one has really dominated Speedweeks like in previous years, opinions have varied as to who could end up celebrating in Victory Lane on Sunday.

“We’ve got as good a car as anybody,” said pole-sitter Mark Martin, winless in 25 Daytona 500 starts. “Anybody can win this thing. It might as well be us.”

“They were unreal the other day in that Gatorade race,” Edwards said Friday. “That’d be my pick for the guy to surprise everyone.”

Allmendinger finished third in last year’s Daytona 500, so he’s not really a big reach. Kasey Kahne, though, had some more surprising choices. He said Sam Hornish Jr., Brad Keselowski and Marcos Ambrose were three of the fastest in his qualifying race.

“It seemed like those guys were all pretty good,” Kahne said.

Edwards and Kahne agreed, though, that no one should overlook Johnson. The four-time defending series champion won a qualifying race despite being in a backup car and driving the final few laps on older tires than just about everyone else.

“Obviously, I want to win and everything,” Edwards said. “But Kasey is a guy to really watch for, and Jimmie. For Jimmie to hold everybody off with old tires like that. You watch (Max Papis) and he did what all of us would normally do when you don’t have tires and that’s go straight backward. But Jimmie was able to win that race, so I would say Kasey and Jimmie would be the guys to watch. (Stewart is) right there, too.”

But Kahne had another favorite.

“You never count out Jimmie, so that’s one,” Kahne said. “Kurt Busch, to me, was the best car out of every car in both races. I thought Kurt was the fastest car, and Stewart is there every week and he’s there every Daytona 500. He hasn’t won one, so you know he’s going to be right in the mix.”

FLIPPING AGAIN: Carl Edwards, who broke his right foot playing frisbee in September, is back to his flipping ways.

The injury forced Edwards to stop doing back-flips from his car window following victories in 2009. With his ankle now healed, Edwards tested it Monday night during a WWE event in Lafayette, La., and said it’s ready to go.

“That was the first back-flip I’ve done since I broke my foot and it went well,” Edwards said. “Did five or six of them in practice and it was good.”

He also said team owner Jack Roush had no restrictions on his off-the-track activities.

“I negotiate my contract, so I make sure there’s nothing like that in there,” Edwards said. “Jack’s real simple: If you can’t race, you aren’t going to get paid, so do what you like. I don’t know if he saw the WWE thing, so if we can keep that between us and the 6 million viewers that would be great.”

FORD POWER: Ford drivers Matt Kenseth, Elliott Sadler and Bill Elliott will be racing the company’s new FR9 engine in the Daytona 500. The other 10 Fords in the field will run the older 452 model.

This will mark the second straight restrictor-plate race that Kenseth will run the FR9. Kenseth and David Ragan debuted the engine at Talladega last fall. Ragan also used the new engine in the season finale.

SPARK PLUGS: Daytona 500 practice was rained out Friday. So was Nationwide Series. … Carl Edwards flew home after Thursday’s Daytona 500 qualifying races to spend time with his pregnant wife, Kate, whose due date is Wednesday. They spent their night putting together a crib. … Speed, which announced record ratings for last week’s ARCA race that featured IndyCar star Danica Patrick, got another big bump with the Thursday qualifying races. Speed said the races drew a 1.99 rating, up 7 percent from last year’s events.

MUMBAI - With a view to bringing police services virtually to the doorstep of citizens, a Mumbai leg...

'Kasab appears resigned to his fate'