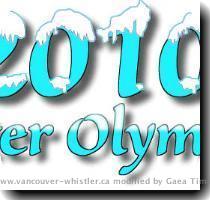 VANCOUVER, CANADA (GaeaTimes.com)- With just a few days remaining for the Vancouver Winter Olympics to get over, all the countries are giving their best shot in order to bag away the maximum number of medals for their country. The 2010 Winter Olympics at Vancouver is truly a visual treat for all the sports lovers which is keeping them glued to their seats. This time, the Olympic has become all the more special for the United States fans. They are leading so far with 32 medals. 8 of the medals are the much coveted gold, 12 are silver and 12 bronze. Athletes like Lindsey Vonn, Julia Mancuso, Apolo Ohno, Shaun White and many more have made the country proud. The USA hockey team too has done a splendid job so far. They have registered victory against Canada and successfully dominated Russians. All the Americans are hoping that the hockey team adds one more gold medal in their bags this weekend.