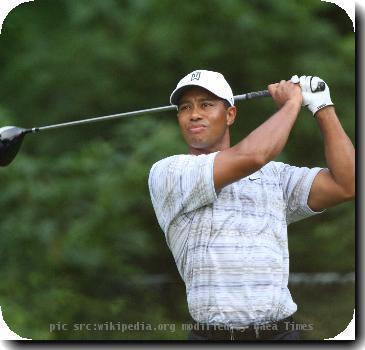 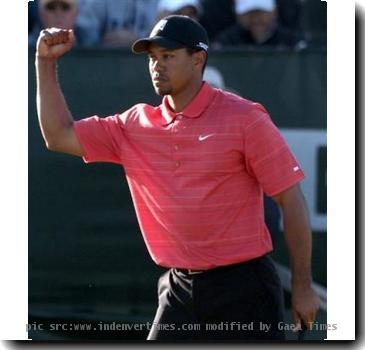 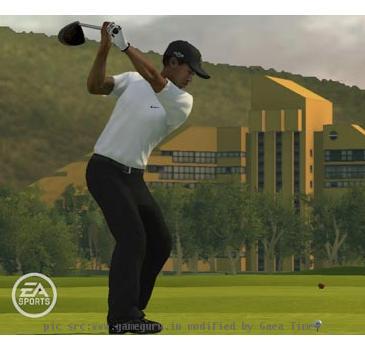 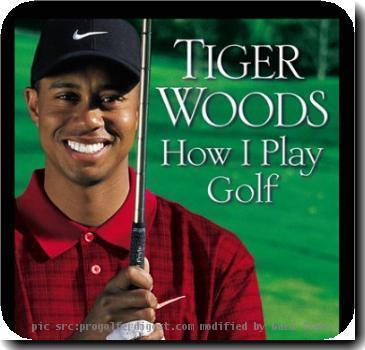 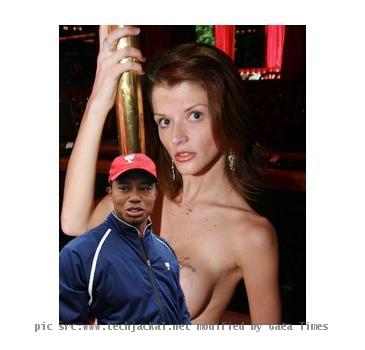 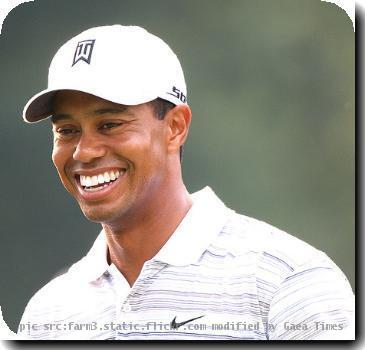 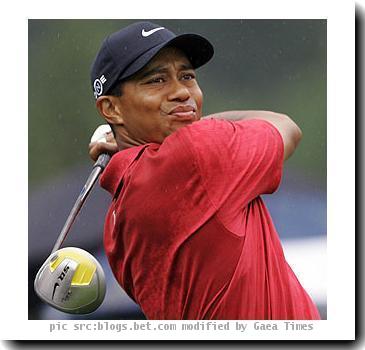 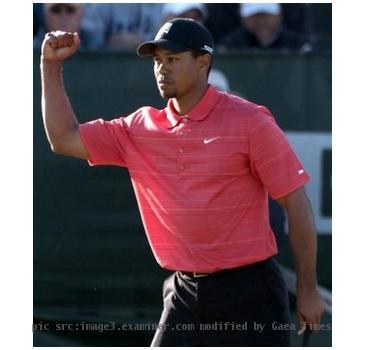 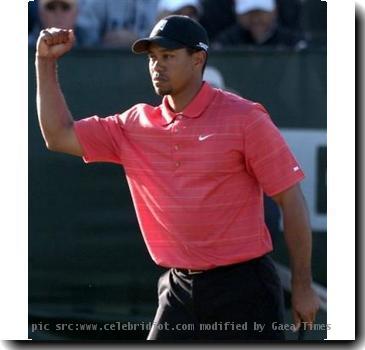 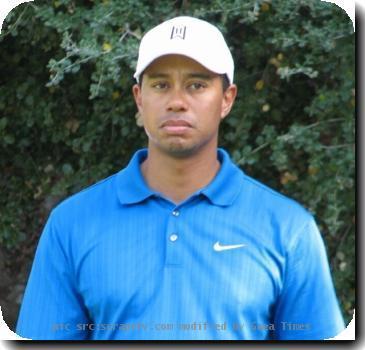 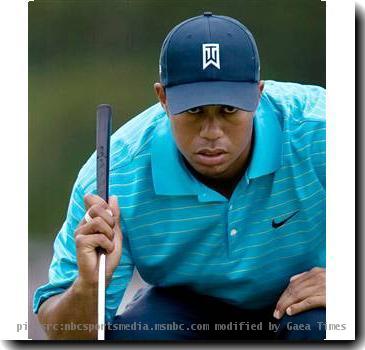 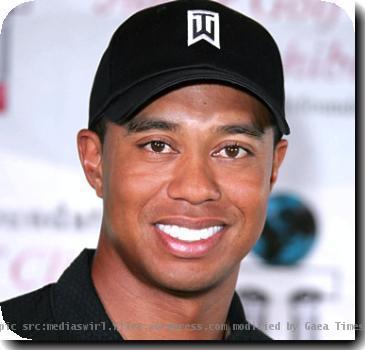 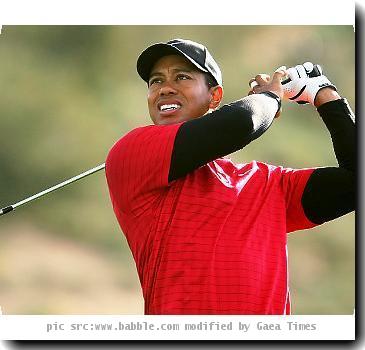 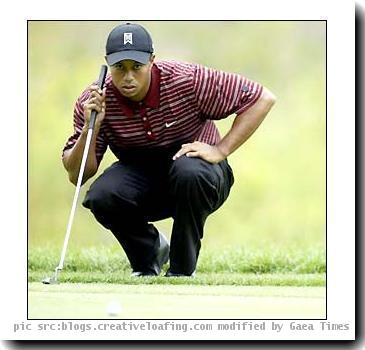 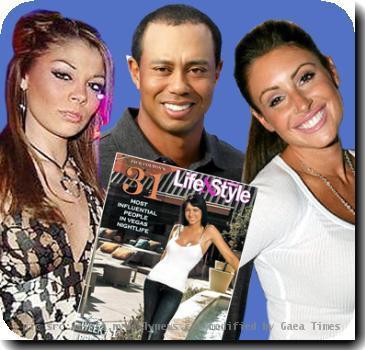 AUGUSTA, Ga. — Tiger Woods, the person, is a work in progress.

Tiger Woods, the golfer, is the same as ever.

Coming back from a five-month layoff, his marriage and reputation shattered by revelations of serial infidelity, the world’s greatest golfer stepped up to the first tee at Augusta National and picked up where he left off.

He hit a booming shot down the right side of the fairway — “One of the best drives I’ve ever seen him hit,” swing coach Hank Haney said — and it seemed as if Woods had never been away.

By the third hole of the Masters, he had a birdie on his card.

Five holes later, he calmly rolled in an eagle and broke out that patented fist pump for the first time.

Then at No. 9 came one of those signature Tiger shots, a wicked 5-iron hooked around the pine trees, a line drive that skidded to a stop just above the hole to set up an improbable birdie. He sidestepped out into the fairway to see where it landed, then strolled up to the green and knocked in a 15-foot putt.

“I got into the flow of the round early,” Woods said. “Got into the rhythm of just playing, making shots, thinking my way around the golf course.”

He made it sound so easy.

“I was just pretty calm all day,” Woods said. “I felt this is what I can do. This is what I know I can do. Just go out there and just play. I expected to go out here and shoot something under par.”

That he did, probably exceeding even his own high expectations.

Woods made another eagle at the 15th — the first time he’s ever had two of those in a single round at Augusta — and finished up with a 4-under 68, the lowest opening score he’s ever posted at the Masters and two strokes behind the surprising leader, 50-year-old Fred Couples.

Woods pledged to control his emotions on the course, yet there was little change. He twirled his club after a good drive, slammed it after a few bad ones. He pumped his fist when the putts fell, sunk to his knees when they failed to drop — including a birdie attempt on the 16th that slowed his climb up the leaderboard.

As always, he complained about not making enough putts.

“Otherwise, it could have been a very special round,” Woods said.

After heavy overnight showers, the second round began Friday on a cool, sunny morning with temperatures expected to rise into the lower 70s — a forecast that’s expected to hold through the weekend.

Woods, playing again with K.J. Choi and Matt Kuchar, was scheduled to tee off at 10:35 a.m.

Couples, who played a practice round with Woods on Monday, sauntered along in tennis shoes and no socks and shot a 66. It was his best score ever at the Masters and made him the oldest player to be the outright leader after the opening round.

“I never really thought about what I was shooting,” said Couples, who already has won three times this year on the Champions Tour. “It was a fun day for me. I still think I can play, and if I putt well I’ve got to be some kind of factor in my mind.”

Tom Watson, at 60 the oldest player in this Masters and who came within a whisker of winning last year’s British Open, had a bogey-free round of 67. That left him tied with Lee Westwood, Phil Mickelson, PGA champion Y.E. Yang and Choi.

“My goals were to play better than I’ve played in the last five or six years, and I achieved that — for the first round,” said Watson, whose magical run at Turnberry ended when he missed an eight-foot putt on the last hole of regulation and then lost a playoff. “I’m playing pretty well. I’ve said I have to play better than 90 percent to be successful on this golf course.”

Still, this day was always going to be about Woods.

He had not hit a competitive shot in 144 days, since winning the Australian Masters on Nov. 15 for his 82nd victory around the world. A four-time Masters champion, he has never come to Augusta National with so much uncertainty — about his game, and mostly how fans would respond to a player whose impeccable image had been shattered by tawdry tabloid tales of sex.

The patrons were on their best behavior, as expected at the most polite tournament in golf. Augusta National can’t control the perimeter of the course, however, and a couple of planes toted banners that poked fun at Woods — one for his pledge to get back to Buddhism (”Bootyism,” the banner said), another mocking claims he needed therapy as a sex addict.

On the ground, the gallery was mostly positive, with a few exceptions.

“He doesn’t have the right character and integrity to represent golf,” Larry Isenhour said. “That’s why I came out early this morning to applaud Jack Nicklaus.”

Clouds moved in quickly and kept the sun from baking out the greens, and some of the hole locations allowed for birdies. The low scores weren’t a surprise, only the names next to them.

Couples and Watson were the biggest surprises, of course, but Mickelson came to the Masters without having finished in the top five all year. He looked as comfortable as ever, particularly on the back nine with an eagle-birdie-birdie stretch that briefly put him atop the leaderboard at 67.

“I do love this place,” Lefty said. “I don’t have to be perfect. I can miss a shot and still recover. It relaxes me when I go down Magnolia Lane.”

Westwood, Europe’s top player, had only broken 70 twice in his Masters career until running off seven birdies for a 67.

They’ll all have to contend with Woods, it seems.

He’ll be looking to set up a weekend no one could have envisioned, the kind that ends early Sunday evening with Woods, perhaps, slipping on a green jacket for the fifth time.

“Why play if you don’t think you’re going to win,” he said.