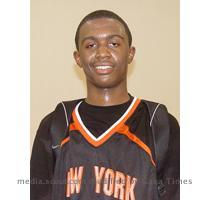 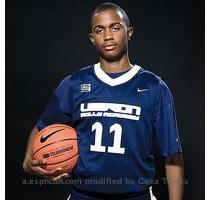 NEW YORK (GaeaTimes.com)- Things look really bright for University of Kentucky these days as it seems to have become the destination of a number of promising players. The latest talent to have made the decision to join Kentucky is the gifted shooting guard Doron Lamb. The 6-foot-4-inch, 175 pounds player declared on Saturday at the Jordan Brand Classic in New York that he is all set to join Kentucky. Despite the fact that the shooting guard had many teams such as Kansas, West Virginia, Connecticut, Arizona to choose from, Doron Lamb ultimately picked Kentucky.

The decision of Doron Lamb to offer his commitment to University of Kentucky surely comes as a great news for the Kentucky Wildcats as the shooting guard is expected to play a major role in taking the team forward in the near future. Reports had claimed earlier that Kentucky Wildcats coach John Calipari and his staffs had met Doron Lamb and his family in the recent past. While talking about his decision to join University of Kentucky, the talented player has reportedly added that he completely loves the coaching staff at Kentucky and described John Calipari as a great coach. At the same time, Doron Lamb also pointed out that with coach John Calipari’s guidance, amazing things could work out for the team.

Meanwhile, Doron Lamb is not the only gifted player who would be seen playing for the Kentucky Wildcats in the near future. Coach John Calipari’s team has much to look forward to as it has been joined by much acclaimed Turkish player Enes Karter as well as Brandon Knight.