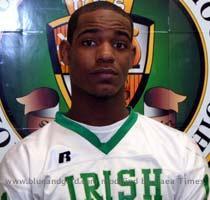 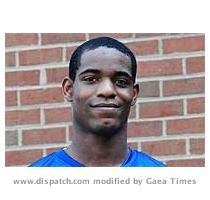 OHIO (GaeaTimes.com)- Jamel Turner the Ohio State football recruit continues to be in critical condition and is battling for his life lying on the hospital bed. Jim Tressel the coach of the Ohio State football team issued a statement on Saturday night mentioning that he is praying for the recovery of Jamel Turner. The state police said on Sunday that they have a suspect in connection to the rampant shooting that took place on Saturday. However, as of yet no arrests have been made in connection to the case. The authorities investigating the case have declined to provide any further information on the matter.

Jamel Turner, a defensive end player had recently signed with the Ohio State Buckeyes. On Saturday he suffered multiple gunshot wounds at a house in Youngstown. The rampant shooting carried out by a person had also led to the death of a teenage girl named Tracy Banks. However, a 4-year-old girl who was present in the house at that time remained un-harmed. It is not known to whom the house belongs to and calls made by media sources remained unanswered on Sunday.

According to media reports, this is not for the first time that Jamel Turner has received gunshot wounds. News sources claim that in April the player suffered wounds at his left ankle and right hip after he was shot at by an unidentified group of people. It is not known whether the police is suspecting the involvement of the same parties in the Saturday action. At the same time whether the 4-year-old girl who has escaped unharmed had seen the criminal remains a mystery.

NCAA: Kansas State keeps slim leadKansas State has been keeping the lead at six or seven, while Xavi...
Copyright© 2010 The Gaea Times