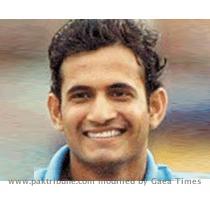 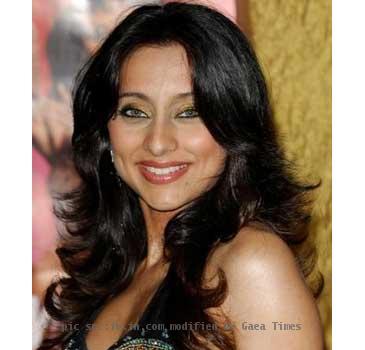 MUMBAI, INDIA (GaeaTimes.com)- The Bollywood gossip mongers have got one more topic to spread stories around. The charming VJ and actress Anusha Dandekar has come under their lens and the latest rumor doing the round is that she is having a hushed up affair with hunky cricketer Irfan Pathan. The news is not confirmed and the smart actress has denied the rumors of a relation with the cricketer. However, the closeness of the cricketers with Bollywood beauties is not new. They were recently seen together at a five star hotel in Mumbai suburbs. Their chemistry was noticeable according to the shutterbugs and later they were also joined by some friends.

When VJ Anusha Dandekar was asked on the topic she flatly denied the existence of romance between her and cricketer Irfan Pathan. She said that she is familiar with the sibling of the cricketer, Yusuf Pathan too. She insisted it was a friendly gathering and one should not read more into it. Yusuf Pathan however, was not there with them. Her sister joined them later with a number of buddies. Irfan Pathan does not like to talk to the media about his personal life but that has not stopped the gossip crazy reporters from spreading linkup stories about him.

Irfan Pathan was earlier said to be engaged with a lady named Shivangi Dev. However, she denied the news at that time. On the other hand, Anusha Dandekar has not been engaged to anyone for quite some time. Her relation with VJ Rannvijay did not work out. Whether she is dating the gorgeous cricketer or not will be revealed in time.