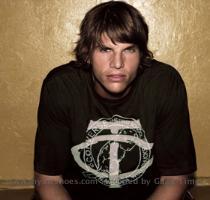 Los Angeles (GaeaTimes.com)- Kyle Korver has reportedly signed a three years contract with Chicago Bulls of National Basketball Association yesterday. The sharp shooting free agent swingman Kyle Korver has left his former team Utah Jazz for Chicago Bulls with a deal of $15 million. The player expressed his excitement in an interview and said that he was feeling good about the whole issue.

Kyle Korver will be the second significant free agent acquisition of Chicago Bulls along with Carlos Boozer, his former team-mate in Utah Jazz who presently plays for Chicago Bulls. When asked about the proceedings yesterday, Carlos Boozer said that they had some business behind closed doors and it would be announced soon to the people. Even in an interview with a sports channel on Thursday Carlos Boozer said that Kyle Korver can shoot the “heck out” of the ball. The Olympic Gold medalist player was all in praises for Kyle Korver when he said that the sharp shooter with real size can shoot the ball in the game and Kyle Korver is as good as anybody.

Kyle Korver secured 53.6% with an average of 7.2 points for Utah Jazz in 52 games in the last season and the player said that he was feeling good about his new team and present situation. One advantage the player showed was being close to his home would be beneficial for him to play. The player also anticipates that in his new team lot of “positives” are waiting for him. However, he also said that it was tough for him to leave his former team Utah Jazz as he had made lot of friendship there.