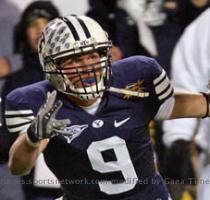 PENNSYLVANIA, (GaeaTimes.com)- The Indianapolis Colts receiver, Austin Collie, went through a severe injury in the midst of the match against the Philadelphia Eagles, on the NFL match of Sunday. All the audiences at the Lincoln Financial Field in Pennsylvania, Philadelphia, were dumb struck after the player was badly injured by a head to head hit by Philadelphia Eagles’ Kurt Coleman.

It was in the second quarter of the game, when all of a sudden, the two players banged against each others head, which made Austin Collie fall unconscious on the ground. For several minutes, he was lying numb to create a whole lot of anxiety amongst his team mates and the rest of the audiences, especially those who were supporting the Colts. He had to be taken to the lockers’ room on a stretcher. Kurt Coleman was flagged for the unnecessary fowl play. League officials were in favor of the call, however a few said that it was clean and legal. In the lockers’ room, further test and evaluations were conducted over the injury, to state that he was concussed. Indianapolis Colts coach, Jim Caldwell refused to give any further details regarding the injury, but said that it was quite serious as he was senseless for quite sometime, although later on he was “sitting up and alert.” However, he recently stated that the player is now in a much better condition and can probably play the next match.

This match was a very tough competition and the injury of Austin Collie apparently took a toll on the Colts’ over all performance, as the team lost to the Eagles with a marginal defeat of 26-24. Jim Caldwell expects a better result from his team as Austin Collie resumes his position.