Sachin’s 175 goes in vain as India lose a thriller 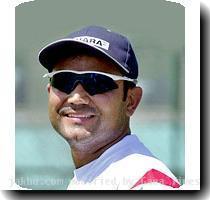 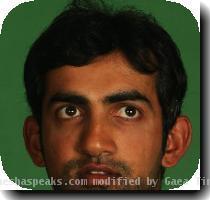 HYDERABAD - Sachin Tendulkar played one of his superlative one-day knocks and crossed the 17,000-run mark in limited-overs cricket, but India, chasing a whopping 351, lost a heart-stopping match by a mere three runs to go down 2-3 in the seven-match series against Australia here Thursday.

Tendulkar scored a scintillating 175 off 141 balls and such a knock deserved to be on the winning side. He carried on manfully even after losing Virender Sehwag (38), Gautam Gambhir (8), Yuvraj Singh (9) and skipper Mahendra Singh Dhoni (6) for 162 runs before the half-way stage and found in Suresh Raina (59) a lively partner who could hit big shots when required.

It was the Tendulkar-Raina 137-run fifth-wicket partnership that brought India close to victory at the Rajiv Gandhi International Stadium at Uppal. When everything including the run-rate was under control, the two perished and the match was more or less lost. Raina tried to hoick and Tendulkar attempted a paddle shot over fine-leg inside the circle.

Five wickets went tumbling for 36 runs and the last pair of Praveen Kumar and Munaf Patel added 12 precious runs which included the former’s timely six to bridge the gap. In the end, the duo’s run-out proved costly.

Debutant fast bowler Clint McKay had a great day picking up three wickets for 59 while Shane Watson got three for 47.

Opting to bat on a placid track, Shaun Marsh blasted his maiden ODI century while Shane Watson hit a cracking 93 as Australia piled up 350 for four in 50 overs. Marsh hit a run-a-ball 112 and with Watson put on a 145-run opening stand. Skipper Ricky Ponting made 45 and Cameron White scored a quickfire 57 off 33 balls, hitting five sixes.

Indian bowlers had a tough time right from the start. Opening bowlers Praveen and Ashish Nehra went for more than seven runs an over while comeback man Munaf and left-arm spinner Jadeja had forgetful spells, conceding more than eight an over.

Harbhajan Singh was the only bowler who gained some respectability from the Australians and picked up the wicket of Watson, giving away 44 runs.

Watson set the tone for the innings, hitting three sixes and nine fours during his 89-ball stay. He holed out to Jadeja in the deep attempting a slog-sweep off Harbhajan.

But Marsh and Ponting kept the pressure and smashed the Indian bowlers for some easy boundaries. Marsh made the best of the two lives he got and hit eight fours and two sixes enroute to his century.

But White and Hussey (31 not out) plundered 80 runs for the fourth wicket as 105 runs were scored in the last 10 overs.