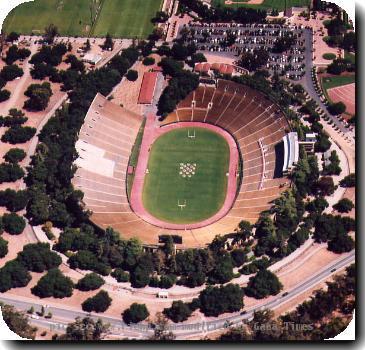 Bowman Gray Stadium was featured in History channel on Sunday, January 10, at 10pm. “Madhouse,” a 60-minute weekly series spot the light on daily lives and ups and downs of drivers during the racing season of 2009.

Produced by Triage Entertainment, the show follows Tim Brown, Chris Fleming, Junior Miller and the brother duo of Burt and Jason Myers throughout the 2009 campaign, which ended with Brown winning a record-tying eighth championship.

Kahler made the show to capture the drama and excitement of the drivers’ life. The show on History channel filmed the every-day reality lives of drivers during the week. 33 cameras, mounted on cars and around the track, captured the action on the track in the weekends.

BRISBANE - The accused killer of an Indian-origin woman and her two siblings in Australia, Max Sica...

New faces for Blackhawks as Cup defense beginsCHICAGO ? The Chicago Blackhawks have heard all the qu...

Bears on a bench: Chicago coach not shy about benching players who aren't stacking up

LONDON - A police officer in the US has been suspended after he staged a fake arrest of a 15-year-ol...

Blackhawks not worried about roster overhaul, hopeful for repeat as Stanley Cup champion

Blackhawks trying to deal G HuetCHICAGO ? The Chicago Blackhawks are close to finding a place for go...