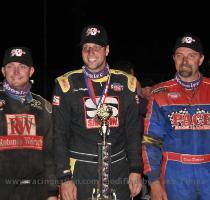 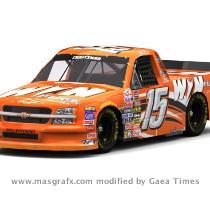 TERRE HAUTE (GaeaTimes.com)- USAC Driver Shane Hmiel has sustained some serious head injuries due to crash in a qualifying race at the Terre Haute Action track. The racer had to be airlifted to the hospital after the crash and is presently admitted to the ICU of Indianapolis Methodist Hospital. The USAC officials have voiced their concern for the racer and the President and CEO Kevin Miller issued a statement where he said that the USAC will provide all resources towards him and his family at this difficult time. Though there are reports on the web that suggest that he is now in a stable condition, the USAC will make a formal statement about his condition later on Sunday.

Onlookers have revealed that Shane Hmiel’s car flipped between the third and the fourth turn and then the roll cage bounced off the wall. The racer was seen still after the crash and had to be airlifted immediately. The crash comes as serious blow to the hopes of the fans as Shane Hmiel was one of the most sought after racers this year. Last year, he was awarded ‘The Most Improved Racer’ in the USAC and he has been a kind of role model for those who want to make a comeback into racing after being suspended. Starting his career in NASCAR, Shane Hmiel was suspended for life after failing three drug tests.

The USAC have said that they are presently very concerned about Shane Hmiel’s condition. More details on the crash and the condition of Shane Hmiel is expected to emerge over the next few days.