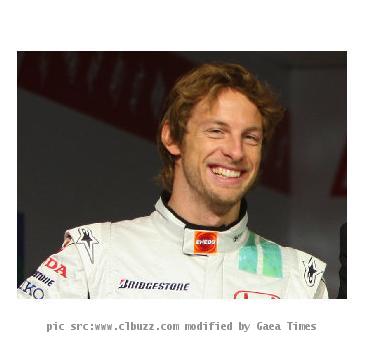 Jenson happens to be the reigning Formula One World Drivers’ Champion and so all eyes are stuck on him. Button, a British Formula One driver is currently signed with McLaren Mercedes.

Well, still now he is up to the mark with his 0.097 seconds victory against his nearest rival German Sebastian Vettel. Hamilton though finished off third in the practice session. It was all together a 90 minutes of sheer thrill as the champions combated against each-other.

Autodromo Nazionale Monza is a motorsport race track near the town of Monza, Italy, north of Milan. It is one of the most historic motor racing circuits in the world. Some major major events taking place at Monza are FIA Formula One, Italian Grand Prix, Italian motorcycle Grand Prix, 1000 km Monza, WTCC, SBK and Race of Two Worlds.

Button completed the lap of 1 minute, 23.693 seconds around the Monza circuit in his McLaren only to reach the post ahead of others. The practice will continue through Saturday until the 53 lap race begins on Sunday.