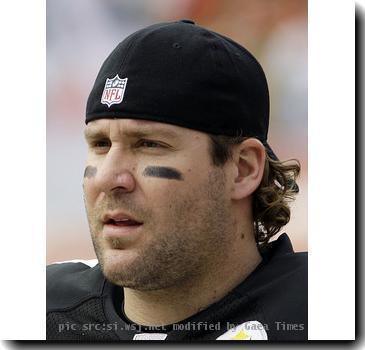 MILLEDGEVILLE (GaeaTimes.com)- Pittsburgh Steelers’ quarterback, Ben Roethlisberger is accused of assaulting a woman in a club on Thursday night. Reports indicate that the woman has been sexually assaulted by Ben Roethlisberger in one of the clubs of the Capitol City and was taken to a local hospital for treatment. It has been reported that her condition is stable and she has been released from the medical center after some treatment. Though it has been made known that she has been released from medical observation, the name or any other information of the lady has not been released.

Ben Roethlisberger, who has been accused of assault has not made any comment on this issue. However, some reports indicated that the representative of this popular National Football League player admitted that a case has been registered against him.

Some of the media reports indicate that the Georgia Police department has already started to investigate the case, to find whether the allegation brought by the woman are true. As per the latest updates, the police department has not yet declared the name of the player. Some sources reported that though the police department has not declared the name of the player, they have provided some description of the person involved in this case. The description of the accused has similarity with the player. However, the truth would be revealed only when the official reports are confirmed. Ben Roethlisberger had been accused of sex assault earlier too but has been able to save himself from the earlier incident.