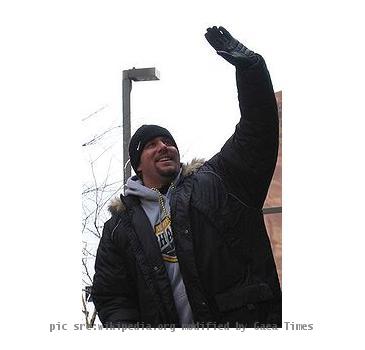 DENVER (GaeaTimes.com)- Ben Roethlisberger, the quarterback of Pittsburgh Steelers who was slammed with a six games suspension after being allegedly involved in sexually assaulting a college student, is all set to meet with the commissioner of the National Football League, Roger Goodell to discuss the reduction of his suspension period. After it was initially reported by a media outlet on Sunday, Greg Aiello who is the spokesperson of NFL confirmed the report and revealed that the 28-year-old much acclaimed player and the commissioner of NFL would be holding a meeting to discuss the matter so that a final decision can be taken about the duration of Ben Roethlisberger’s suspension.

Despite the fact that Greg Aiello has validated the news of the meeting, no details have been revealed regarding the time as well as the place where it would be ultimately held. However, according to an insider, the meeting between the two is scheduled to be taking place on Friday in New York. At the same time, the NFL spokesperson also went on to say that the commissioner would be taking the ultimate decision about whether the suspension period of Ben Roethlisberger would be lessened before the commencement of the regular season.

Ben Roethlisberger was suspended from NFL after allegations of sexually assaulting a Georgia college student surfaced due to which he was found guilty of violating the personal conduct policy of National Football League. The Pittsburgh Steelers quarterback was not charged in the incident which took place in March earlier this year. In his meeting with Roger Goodell, Ben Roethlisberger aims to reduce his suspension to four weeks.