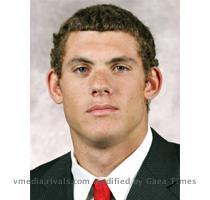 SAN FRANCISCO (GaeaTimes.com)- On one hand when it is being said that Taylor Martinez is not a part of Nebraska Cornhusker any more, there comes a different version from the team’s coach Bo Pelini. The situation has become dicey to a great extent after the contradictory statements showed up.

The news of Taylor Martinez being no more a Nebraska Cornhusker popped up after the Nebraska Cornhuskers lost the game to Texas A&M Aggies on Saturday evening. According to reports, following the disastrous outcome there was a fall out between the player and the team’ coach, which led Taylor Martinez to quit the team. The game at Kyle Field ended up in a controversial result of 9-6. A source said that the game started off with Taylor Martinez at the quarterback, but he could be there for long as he had to retire towards the locker room following an injury in the ankle, which he received while the match was going on. Center man Mike Caputo had stepped onto Taylor Martinez’s ankle which was already injured beforehand. Another source says that following this incident, an upset Taylor Martinez was seen throwing away his helmet in a fit of rage.

While fellow player Cody Green was trying hard to battle on the field for the team, which had already received quite some blows due to the poor throws and penalties, Taylor Martinez on the other hand was perhaps receiving further blows from Bo Pelini in the locker room. The news of Taylor Martinez quitting the team showed up soon all across the Internet. However, the team’s coach is refuting the news as a wrong information. As of now, football fans are eagerly looking forward towards a confirmation.

Christina Aguilera Performs At The AMAs

LOS ANGELES (GaeaTimes.com)- The AMAs this year saw some stellar performances by some of the b...

LOS ANGELES (GaeaTimes.com)- It seems Taylor Swift has come a long way since the debut of her si...

New Kids On The Block At The AMAs

LOS ANGELES (GaeaTimes.com)- The star studded AMAs this year was closed by the joint perfo...

NAGPUR - Scoreboard at lunch on the second day of the third cricket Test between India and New Zeala...
Copyright© 2010 The Gaea Times