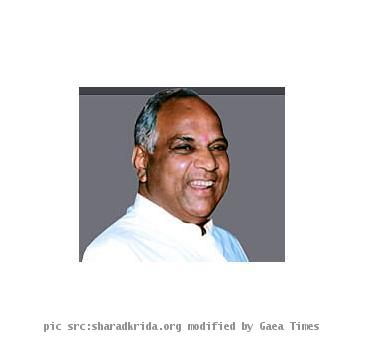 more images
NEW DELHI, INDIA (GaeaTimes.com)- As everyone awaits eagerly to know the fate of IPL commissioner Lalit Modi in the wake of the latest controversy engulfing the IPL franchises, ICC’s president-elect Sharad Pawar has revealed that a governing council would be meeting later this month to take a decision in this regard. The decision to hold a governing body meeting was revealed after Sharad Pawar met with Board of Control for Cricket President Shashank Manohar on Tuesday.

Just after the meeting between the two reached its conclusion, the media was informed that the decision of whether Indian Premier League commissioner Lalit Modi would be continuing as the head would be taken in a meeting which is scheduled to take place on April 26. While briefing the media about the developments, Union minister of Agriculture, Sharad Pawar added that when the governing council meets later this month, it would take a unanimous decision about whether Lalit Modi should resign and necessary actions would be taken later. In the meanwhile, the IPL commissioner has brushed away the speculations that he might have to resign and has reportedly told the media that there is no reason which might lead him to issue his resignation. However, observers have reiterated that owing to the controversy surrounding the financial transactions in IPL, even if Lalit Modi does not resign, his powers will be reduced to a large extent.

Meanwhile, Sharad Pawar’s statement comes after top Congress leader Pranab Mukherjee has stated that the government would be undertaking a thorough investigation into the financial transactions that have taken place in the Indian Premier League.