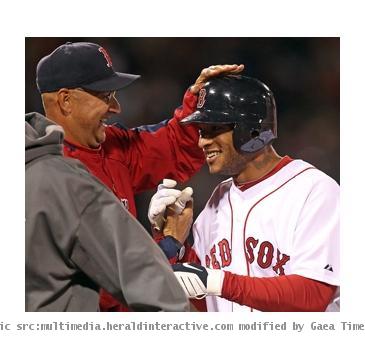 The team that was desperate to get a win over the Texas Rangers to break the five games losing streak did not take much time to purchase the contract of Darnell McDonald from Triple-A Pawtucket. Darnell McDonald’s contract was purchased early on Tuesday and then the player was brought to the field just an hour before the game started. After the win, the Boston Red Sox manager Terry Francona mentioned to the media that the team desperately needed a win and that how they have won the game does not matter but that they have won the game matters the most.

On the part of Darnell McDonald, the whole Tuesday affair was for him a dream come true. After the team’s win, Darnell McDonald asserted in front of the media that much had happened in a single day and added that “I couldn’t write a script any better than this”. Darnell McDonald now hopes to live up to the expectation of his team.