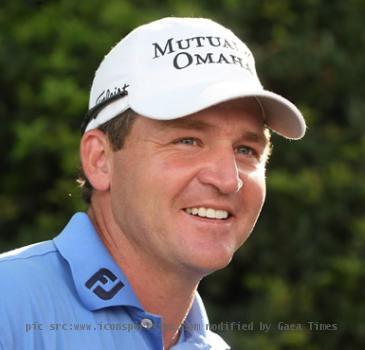 AVONDALE, La. — It was not the way Jason Bohn expected to celebrate his 37th birthday, but he was happy for the change in plans.

Bohn, who turned 37 on Saturday, captured his second PGA Tour title on Sunday, finishing at 18-under 270 to grab the winners purse of $1,152,000 in the Zurich Classic.

“To be 100 percent honest, I didn’t see all of this coming out of my game,” Bohn said. “I knew I had some good things going. I thought it might take me a little longer in the summer until I kind of got everything worked out.”

Bohn, who also won the 2005 B.C. Open, had it going early, shooting an opening 65 and leading after each round.

He locked up the victory with birdies on three of the final four holes at TPC Louisiana for a 5-under 67 and a two-stroke victory over Jeff Overton.

“We were square going into the last four, and I let a couple of putts slide over the hole and maybe got a little quick with my putter on a couple of putts,” Overton said. “I’m not used to having that adrenaline going through my system.”

Overton mounted a persistent challenge, twice tying Bohn on his way to a 66.

Twenty-four year old rookie Troy Merritt (67) was third at 14 under. He was 7 under during a seven-hole stretch that ended at No. 13, making five birdies and an eagle

Heavy rain and lightning Friday and again Saturday morning delayed the early rounds. Bohn, who led wire-to-wire, played 24 holes Saturday and 30 Sunday. He made seven birdies and one bogey Sunday.

Bohn completed his third round on Sunday morning at 13 under, and led by two shots over Alex Cejka after 54 holes. Overton and Janzen went into the final round at 10 under.

It was the biggest payday for Bohn, who made $395,321 in his previous eight starts this year, since 1992 when he won $1 million in a hole-in-one contest while a student at the University of Alabama.