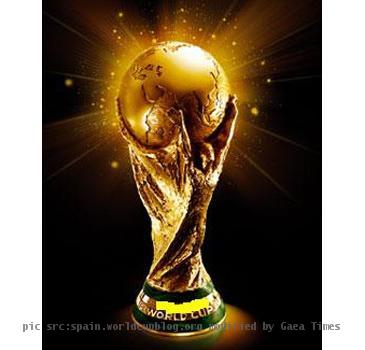 ZURICH — Nine candidates hoping to host the World Cup in 2018 or 2022 began delivering their bid books to FIFA on Friday.

Australia made the first presentation to FIFA president Sepp Blatter, handing over a 750-page book detailing how it would stage the world’s biggest sporting event.

“It is now the kick off,” Blatter told the Australian delegation.

Four bidders from Europe, four from the Asian confederation plus the United States will file through in alphabetical order to present their technical documents.

“We hope and pray that we might be the lucky country,” said Lowy, a billionaire businessman who is leading the bid.

Australia was followed by an England bid team fronted by David Beckham.

Blatter described England as “the motherland of football,” and said new British Prime Minister David Cameron called him on Thursday offering government support for the bid.

Beckham said his country had passion for soccer in its veins and a diverse population which would welcome the world.

“Every team will turn up and have their own fans supporting them,” said Beckham, who is vice president of England’s campaign.

Blatter dropped several hints that England should focus on hosting in 2018, and teased bid leaders whether they meant to include “2022″ on the cover of the bid book.

Europe is favored to be given the 2018 finals, with England and Russia competing against joint bids from Netherlands-Belgium and Spain-Portugal. All four are also in the 2022 race but would be barred if one gets the 2018 tournament.

Australia and the U.S. also are in both contests. Japan, Qatar and South Korea have focused solely on 2022, believing Europe is a lock for 2018 because the 2010 tournament is in South Africa and Brazil hosts in 2014.

Each bid book explains how the monthlong, 64-match tournament would be organized, with details of at least 12 stadiums, plus training camps, hotels, security protocols, IT and medical support and fans’ entertainment.

Candidates must also give FIFA copies of government guarantees, contracts with each city and venue, and details of finance and insurance cover.

FIFA officials will use the bid books as the basis for technical inspections of each candidate between July and September.

FIFA’s 24 executive members will choose the two hosts on Dec. 2 in Zurich.