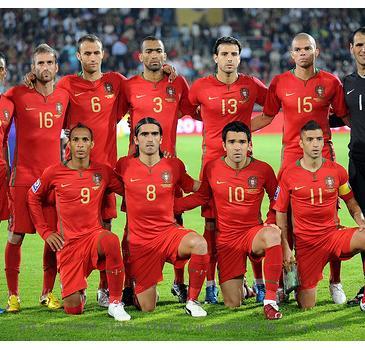 Portugal dominates to lead NKorea 4-0 after 60

CAPE TOWN, South Africa — Simao Sabrosa, Hugo Almeida and Tiago finished off smooth team moves early in the second half to give Portugal a 4-0 lead over North Korea after 60 minutes in the teams’ World Cup group match.

Raul Meireles had already latched onto a deep pass from Tiago and scored with a low shot from about 12 yards to give Portugal the lead in the 29th minute.

In the second half, the North Korea defense was all over the place.

Simao took a pass from Meireles to double the score in the 53rd, before Almeida put the game beyond doubt with a header in the 56th. Tiago then scored from a left-wing cross by Cristiano Ronaldo four minutes later.