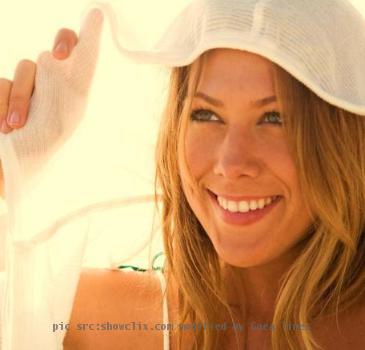 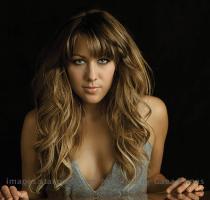 LOS ANGELES, CALIFORNIA (GaeaTimes.com)- The hot and sizzling Colbie Caillat performed in the 81st Major League Baseball All-Star Game at Angel Stadium of Anaheim. The other performers of the evening were Amber Riley of “Glee” and The Canadian Tenors. The stadium was filled with thousands of crowd who assembled to watch one of the highly anticipated games of the baseball tournament and cheer for their favorite team.

Colbie Caillat sang “God Bless America” in front of the thousands of crowd during the seven innings stretch which acted as a spirit booster for the players. The event started with Amber Riley singing the national anthem and some of her hit songs which the audience loved and enjoyed to its fullest. There was a shadow of sadness cast over all the teams and the officials due to the sad demise of George Steinbrenner, the owner and managing partner of New York Yankees. To honor “The Boss” every members present in the Stadium maintained a moment of silence in his fond memory.

Colbie Caillat and Amber Riley allured the crowd with their fantastic performances and made them jump to their seats. The star studded event saw Canadian Tenors perform “O Canada” which rocked the crowd. Amber Riley sang national anthem along with many hit tracks which the audience loved and enjoyed. The real game between American League and National League saw the two baseball teams fighting for the trophy, however,National League came out victorious with 3-1 margin. It was a moment of joy for the winning team as they witnessed their victory after 4 years.

No longer big bashers, Rangers on verge of first postseason series victory ever over Tampa Bay

Rangers home with chance for series win over RaysARLINGTON, Texas ? The Texas Rangers are quickly al...

Rouse, insider's insider, to replace EmanuelWASHINGTON — President Barack Obama is replacing his b...

Felled by tea party, senator wages a comebackJUNEAU, Alaska — Against a string of tea party victor...
Copyright© 2010 The Gaea Times