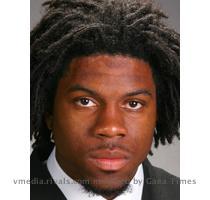 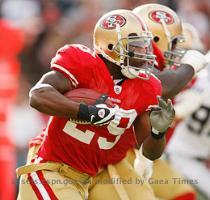 SAN FRANCISCO (GaeaTimes.com)- After remaining absent from the training camp of the San Francisco 49ers on Thursday and Friday morning, Glen Coffee on late Friday informed Mike Singletary that he has decided to move out of not only the San Francisco 49er but from the whole game of football. The announcement has caught both the players and the coach of the San Francisco 49ers off-guard who have mentioned to media sources that the decision of Glen Coffee has come as a bolt from the blue. The player was a third round draft pick from University of Alabama last year and was expected to hold the position of the primary backup to starter Frank Gore this season.

The 23 year old running back, Glen Coffee informed the coach that he is ready to move to the next phase of his life as he has lost his interest in the game. Glen Coffee released a statement in which he said that the decision to leave football was a tough one for him. However, he had gone forward with it as at this point of his life this is the best thing that he can do -”move on from football”. Glen Coffee said that he appreciates whatever the San Francisco 49ers’ players and coaches have done him. He ended his statement by wishing the San Francisco 49ers all the best in the future.

However, the announcement of Glen Coffee’s retirement has shocked the coach and his teammates who have voiced their surprise in front of the media sources. Mike Singletary called the decision “totally out of the blue”. A saddened running back Michael Robinson added that he is feeling bad, “like I’m losing a brother”. He maintained that the team had no indication that Glen Coffee had decided to retire.