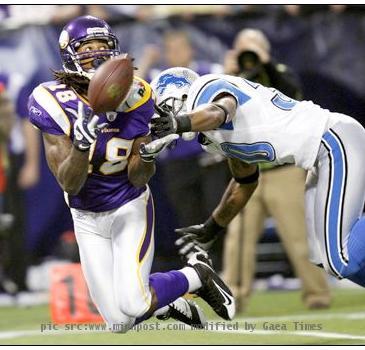 COLORADO (GaeaTimes.com) — According to reports, the Minnesota Viking’s Pro Bowl wide receiver Sidney Rice has undergone a major hip surgery last Monday in Colorado. This will cause him to be sidelined for at least half of this current season.

Rice has confirmed the newspaper media that his surgery has went well through a text message. He suffered the injury in the Viking’s overtime loss in New Orleans in last season’s NFC title game. He had 83 catches for 1,312 yards and eight touchdowns last season.

The Vikings are having a huge problem with their receiver. Percy Harvin, NFL’s most offensive player last season is still down with a severe migraine headache. The team is going to sign free agent wide receiver Javon Walker, a former Favre’s teammate with the Green Bay Packers.