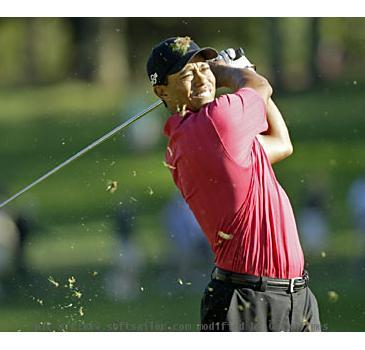 NEW JERSY (GaeaTimes.com) — After facing loads of controversy regarding his divorce with his wife Elin Nordegren, Tiger Woods is back in the golf course in U.S. PGA Tour’s Barclays Golf tournament. This is the first event he is participating after his divorce.

Playing in the first group today, Woods has managed to finish at the Ridgewood Country Club in Paramus, New Jersey, with seven birdies and one bogey. He’s tied for the lead with Ryan Palmer, who birdied seven of his first eight holes before dropping back with a double-bogey on the par-3 10th hole. Palmer has played 13 holes.

The Barclays tournament includes the richest golf circuit in the world and is the first of four season-ending playoff events on the PGA Tour. The FedEx Cup winner, which will be determined at next month’s Tour Championship in Atlanta, receives a $10 million bonus. Woods has won the title two of the past three years.

The top player in the Official World Golf Ranking and the winner of 14 major championships, Woods hasn’t won a single tournament since his return and must play well this week to remain in the playoffs. In his most recent event, he tied for 28th at the PGA Championship, which ended Aug. 15.