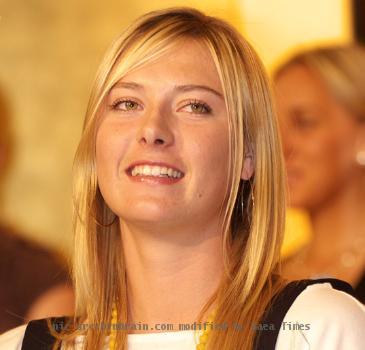 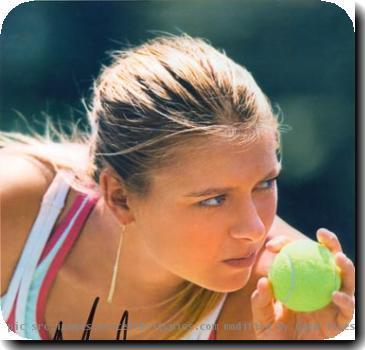 Sharapova comes back to avoid upset at US Open

NEW YORK — Maria Sharapova overcame a deficit and a big-hitting opponent to avoid a significant upset in the first round of the U.S. Open.

Sharapova, the 2006 champion at Flushing Meadows, played solidly and often safely while putting together a 4-6, 6-3, 6-1 victory over 60th-ranked Jarmila Groth of Australia on Tuesday.

Groth hit 14 double-faults, including on the final point of the second set. She was by far the more aggressive of the two, taking risks that sometimes paid off and sometimes did not. She hit 24 winners to 19 for Sharapova, and made 48 unforced errors to 17 for Sharapova.

“She came out firing; didn’t give me many opportunities,” said Sharapova, who is seeded 14th. “You just want to hang in there, get through it.”

There was a lot of hanging in there on a steamy Day 2 at the U.S. Open, when the temperature rose into the mid-90s. More than a dozen women’s matches went three sets, and a half-dozen men’s matches lasted the full five sets, including 2007 runner-up Novak Djokovic’s 6-3, 3-6, 2-6, 7-5, 6-3 victory over his friend and Davis Cup teammate Viktor Troicki.

They played for more than 3½ hours, and the on-court temperature approached 110 degrees. Djokovic was down a break in the fourth set while already down, before righting himself.

“You kind of start panicking a little bit when you don’t feel great physically,” the third-seeded Djokovic said, “and your opponent takes advantage.”

Sharapova never has lost earlier than the second round in seven U.S. Opens. But she also hasn’t made it past the third round since taking the championship. She lost at that stage in 2007 and 2009, and missed the tournament in 2008 shortly before having right shoulder surgery.

Sharapova made adjustments to her service motion after that operation, then missed nearly two months this season with a right elbow injury. But she has seemed lately to be on her way back to being a contender at the biggest tournaments, reaching the finals at two hard-court tournaments this summer.

She only double-faulted twice Tuesday, and it was Groth who donated points with shaky serving, including on the last point of the second set.

“Maybe if I would have served differently,” Groth said, “everything would be easier.”

At the start, though, it was Sharapova who hardly was at her best. When Groth pounded a return winner off a second serve, she broke Sharapova to take the opening set.

During the changeover, Sharapova sat in her sideline chair and took deep breaths, briefly shutting her eyes. Back on the court, her play improved.

“It’s still Sharapova, so it’s not like she’s going to go, ‘There you go,’” Groth said.

Sharapova-Groth was the day’s third match in Arthur Ashe Stadium that went the full number of sets, making for a night session that started about 1½ hours later than the 7 p.m. schedule. The tournament’s two No. 1-seeded players, Rafael Nadal and Caroline Wozniacki, were to play at night.

Earlier, No. 4-seeded Jelena Jankovic, like Sharapova, needed to turn things around after losing the first set. Jankovic, the runner-up at the 2008 U.S. Open, managed to get past 18-year-old Simona Halep of Romania 4-6, 6-4, 7-5. Jankovic was two points from defeat at 5-4 in the third set before taking the last three games to close out the match.

Wozniacki, last year’s runner-up in New York, and Jankovic both have a chance to overtake Serena Williams at No. 1 in the rankings by winning the title. Next for Jankovic comes a matchup against Mirjana Lucic, who beat Alicia Molik 7-6 (5), 6-1 to win a U.S. Open match for the first time in 11 years.

The first seeded woman to exit was No. 8 Li Na, who lost to Kateryna Bondarenko 2-6, 6-4, 6-2, and she soon was followed by No. 26 Lucie Safarova and No. 30 Yaroslava Shvedova. Winners included Wimbledon runner-up Vera Zvonareva, No. 9 Agnieszka Radwanska and 2009 semifinalist Yanina Wickmayer.