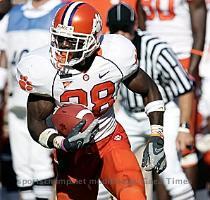 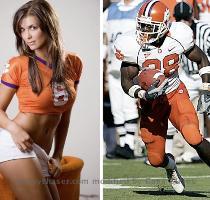 ORCHARD PARK, N.Y. — Linebacker Karlos Dansby and Miami’s new-look defense provided the Dolphins with the quick start they were looking for.

Dansby, Miami’s top offseason free-agent addition, had a sack and eight tackles in helping the Dolphins limit the Buffalo Bills to 166 yards offense in a 15-10 win on Sunday.

Ronnie Brown scored on a 1-yard plunge and Dan Carpenter hit field goals from 32 and 43 yards in allowing Miami to open the season with a win for the first time in five years.

Dolphins coach Tony Sparano was so intent on focusing his team on winning that he installed a clock in Miami’s locker room counting down the days and hours to the game.

Receiver Brandon Marshall didn’t have a bad day either in his Dolphins debut after being acquired in a trade with Denver. Marshall had a team-leading eight catches for 53 yards

The Bills supposed new-look offense had a familiar popgun appearance to it in Chan Gailey’s debut as coach. Buffalo managed just 72 yards on its first nine possessions before Trent Edwards capped an 80-yard drive by hitting Roscoe Parrish on a 31-yard touchdown pass with 5:13 left for a score that proved to be too little, too late.

Backed up to their own 1 on their next possession, the Bills gave up a safety in a bid to get better field position. The gamble didn’t work. They got the ball back at their own 20 with 36 seconds left, but the game ended after Edwards’ 9-yard completion to David Nelson.

The Bills showed none of the offensive spark they displayed through the preseason.

Edwards finished 18 of 34 for 139 yards, and was nearly intercepted three times. Rookie first-round pick C.J. Spiller had 6 yards on seven carries after scoring three TDs in the preseason.

The Dolphins opened the scoring on their first possession when Henne drove Miami 37 yards on nine plays to set up a 32-yard field goal by Carpenter. Two series later, Henne took Miami on an 11-play 65-yard drive capped by Brown’s score. Henne set up the score by hitting tight end Anthony Fasano on pass over the middle for a 21-yard gain.

Miami rookie Koa Misi had a sack for minus 9 yards and four tackles while fellow linebacker Cameron Wake added a sack and three tackles for a defense without injured linebacker Channing Crowder.

Buffalo has lost two straight season openers and dropped to 4-7 in its last 11.

Down 10-3 to open the second half, the Bills squandered numerous chances to get back in the game. Buffalo opened the half going three-and-out on its first two possessions — both which began just inside Miami territory. Then the Bills went backward on their third series courtesy of two holding penalties.