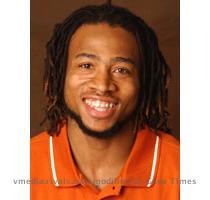 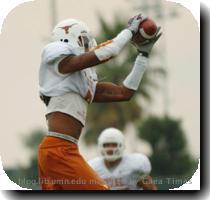 EDEN PRAIRIE, Minn. — Minnesota Vikings cornerback Chris Cook returned to practice on Wednesday, but is still unsure if he’ll be ready to play the Miami Dolphins on Sunday.

Cook missed the season opener after having surgery to repair a torn meniscus in his right knee. The team figured he would miss about two weeks, but coach Brad Childress says he will watch to see how the rookie practices this week before making a determination.

The same goes for cornerback Cedric Griffin, who is working his way back from a torn ACL suffered in the NFC title game in January.

Both players practiced on a limited basis on Wednesday. Percy Harvin was also limited with a hip injury as was defensive tackle Jimmy Kennedy with a knee injury.