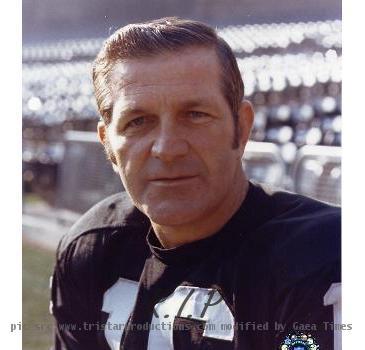 NEW YORK (GaeaTimes.com) — A great era of football finally comes to an end as George Blanda has passed away last night at the age of 83.

A veteran Oakland Raiders, George was a quarterback who retired in 1975. During his time with the Raiders, the Chicago Bears, Baltimore Colts and the Houston Oilers, he scored a then-record 2,002 points, including 236 touchdown passes. He received the NFL player of the year on 1970 for his achievement and was included in Pro Football hall of Fame.

Oakland Raider’s owner Al Davis has spoke highly of him. he commented that George was “the greatest clutch player the game of pro football has ever known.”

Our sincere condolences go out for Geroge’s wife Betty and the Blanda family. May this great player rest in peace.