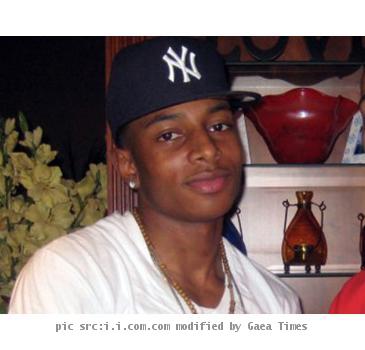 THORNWOOD (GaeaTimes.com)- The 20 year old college football player Danroy Henry was killed early Sunday after two police officers shot at his vehicle. The law enforcement officials said that the footballer tried to speed away from a bar when he hit two police officers and one of them ended on the hood of the moving car. However, Westchester prosecutors have opened an investigation yesterday to know the actual truth and reason behind his death.

Mount Pleasant Police Chief Louis Aloango said that he is not quite sure about how Danroy Henry died as the investigation procedure is still on. The Police Chief also added that the New York State Police major case squad has also been called to assist the investigation. Mount Pleasant officer Ronald Beckley and Pleasantville police officer Aaron Hess are the two officers who were involved in the shooting. When the rumble had broken off in front of the bar, Aaron Hess knocked at Danroy Henry’s car and the latter tried to run away from the scene and as he tried to speed off, injuring one of the police officers.

The whole event took a bad turn when Aarin Hess still clinging onto then car fired several shots through the windshield, so that he stops the car. On the other hand, Ronald Beckley also fired shots at the car. Brandon Cox, who was a friend of Danroy Henry, also suffered a minor gunshot wounds and other passenger Desmond Hinds was unhurt in the whole rampage. Brandon Cox, told in one of his interviews that he will make sure that his friend Danroy Henry gets justice. The death of the young footballer has brought in a web of sadness in the University campus and a candle light vigil was held on Sunday night in memory of Danroy Henry.