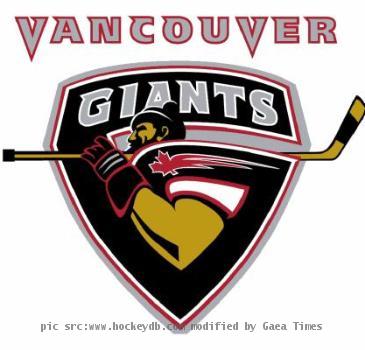 VANCOUVER, CANADA (GaeaTimes.com)- Winger Brendan Gallagher of the Vancouver Giants is back from Montreal Canadiens’ training camp with a whole lot of experience and a four stitch souvenir on his face. The player who joined his team at a practice session in Ladner seemed all the more confident about his play and said that he enjoyed and learnt with the big boys from big club. However, all was not so flowery, and the winger mentioned to media sources that he faced a lot of problems with language. Brendan Gallagher mentioned that ordering a lunch was the most tough task that he had faced during his stay.

However, apart from the language issue, Brendan Gallagher quickly found his own niche in Montreal. The player went through a four day long rookie camp followed by three days of main camp at the Montreal Canadien’s training facility in Brossard. An excited Brendan Gallagher shred his experience at the camp and how he had discovered he is not taller than Brian Gionta and Scott Gomez. The player mentioned that when he went on to play with the pros he realized that he was not lagging behind much. He said “I wasn’t really out of shape and didn’t look like a bad hockey player out there”. While leaving the camp after the completion of the training, Brendan Gallagher had received positive feedback from the team. The player held that it was a pretty good experience for him.

Brendan Gallagher had last season scored 41 times for his team and this year too the team is pinning its hope on the 18-year-old player. He is expected to be seen on the first line with either James Henry, Matt MacKay or Craig Cunningham.