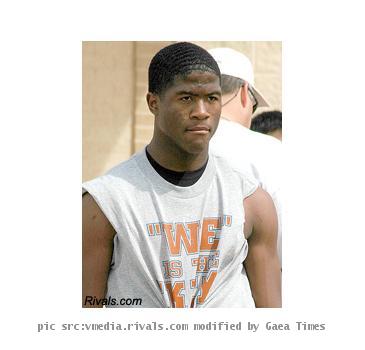 Madison (San Antonio, TX) senior running back Aaron Green is going to the Nebraska Huskers. Aaron’s announcement was made at the Maranatha Bible Church in Converse, TX on Wednesday night.

Aaron chose the Cornhuskers over Texas, Florida State, and California.

The speedy man Aaron Inexperienced is the nation’s No. 13 recruit in the class of 2011 based on Tom Lemming. He is the 3rd best operating back after Kenny Hilliard and Malcom Brown.

Aaron had a injury- inflicted season, which he managed to overcome with a sensational season in 2010. He rushed for a 149 yards and 13 touchdowns.

Inexperienced stands at 5-foot-11-inch and weighs 180 pounds. The newest member of Nebraska is surely going to boost the team’s strength.