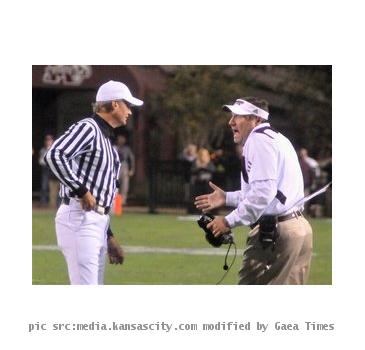 JACKSON (GaeaTimes.com) — The entire state of Mississippi was in shock today following the death of Nick Bell who passed away on Tuesday at the age of 20. He was suffering from cancer. The Red Shirt Sophomore was diagnosed in the fall of this year. He passed away in the UAB Medical Center in Birmingham, Alabama.

This is a tragedy for Nick’s family, our football program, our community and everyone who had the privilege to meet and be around Nick Bell. Nick lived his life like a champion and will always be remembered in out hearts that way.

Nick played 16 games in his career and out of them he started in four during his collegiate career. He earned the right to start in games against Auburn and Georgia. He made 22 tackles in his career out of which 7 were from the current season.

Words can’t express our sadness. Nick was a model student-athlete — special in the classroom, on the field and to those whose lives he touched,

In related news Mississippi State moved to 7-2 with the 24-17 win over Kentucky, They will figure in action on November 13 at Alabama. The Irish born athlete would be remembered forever.