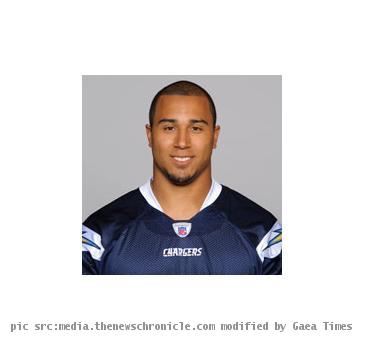 SAN DIEGO (GaeaTimes.com)- San Diego Chargers rookie running back Ryan Mathews on Sunday suffered an ankle injury in his right leg during the team’s play against Jacksonville Jaguars. Although the severity of the injury is not known properly, some media sources claim that the player is expected to return to the field within a week’s time. However, on Sunday Ryan Mathews did not return to the field for the rest of the game and was seen watching the game from the bench from the second quarters onwards.

The incident took place during the very first quarter of the game when Ryan Mathews went for a three-yard run. The rookie who was being tackled was hit by Jacksonville Jaguars’ linebacker Kirk Morrison who landed straight on the leg of the running back. It was clear from Ryan Mathews‘ expression that he had suffered an sprain in his ankle. Paramedics present in the field went on to help Ryan Mathews on field and later escorted him out of it. After examining his condition at the bench, Ryan Mathews was taken to the locker-room on a cart. However, he returned to the bench shortly afterwards during the second quarter of the game.

After the 38-13 win over the Jacksonville Jaguars, the coach of San Diego Chargers Norv Turner said to media sources that he did not want Ryan Mathews to return to field for the rest of the game on Sunday. He denied to comment on whether the player was capable of returning to the field or not, but held that he did not want him to return. Norv Turner maintained that the examining the severity of the injury, he did not want to turn a one-week injury into a six-week long injury.

Johansson and Ryan Reynolds look 'very much in love'

NEW YORK - It looks like all is not well between Hollywood couple Ryan Reynolds and Scarlett Johanss...

KOLKATA - A city court Friday ordered that the principal and three teachers of the prestigious La Ma...

NEW YORK - It seems Scarlett Johansson can't do without her hubby Ryan Reynolds. The actress was r...

MELBOURNE - Ryan Reynolds has been named Sexiest Man Alive by People magazine. The actor was typica...