Alex Corretja Continue to be a Coach to Andy Murray 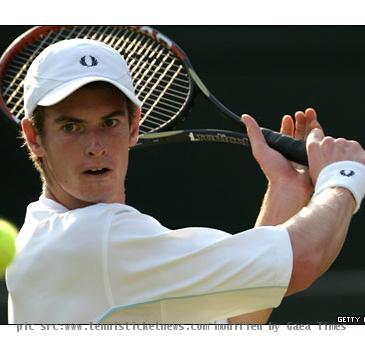 NEW YORK (GaeaTimes.com) — British number one Andy Murray has confirmed Spaniard Alex Corretja will continue in his role as his main coach for at least the first half of 2011.

Former world number two Corretja took the role in July after Murray split with previous coach Miles Maclagan. Australian Darren Cahill and former British number one Tim Henman have ruled out working with Murray after being linked to the job.

Murray had stated in October that he had hoped to hire a new coach by the end of 2010. Frontrunner Cahill, who previously coached Lleyton Hewitt and Andre Agassi, ruled himself out in August to concentrate on other coaching and commentating commitments.

LONDON - Love rat Wayne Rooney's Christmas might not be that good this time as Man United's young st...

LONDON - A boy in Britain helped catch a thief by clicking his photograph and posting it on Twitter....

SYDNEY - Australian vice-captain Michael Clarke is suffering from back soreness and is doubtful for ...

WASHINGTON - It would now be possible to access ancient shipwrecks lying on the ocean floor, ...

'Autobiography of Mark Twain' a big hit across US

Man U all set to sign Danish keeper Lindegaard