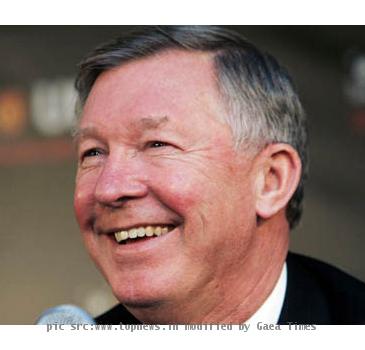 NEW YORK (GaeaTimes.com) — Sir Alex Ferguson became the longest serving Manchester United manager in the club’s history on Sunday. The Scot has spent a staggering 24 years, one month and 15 days in charge at Old Trafford since joining in November 1986.

He surpassed Sir Matt Busby’s previous record, which was achieved over two stints from October 1945 to January 1969 and from December 1970 to June 1971. Sir Bobby Charlton, who has witnessed the entirety of Ferguson’s reign at the club, could hardly contain his praises for him.

However, things would have been very different if Ferguson had not survived a tough spell during the start of his United career. He was believed to be facing the sack after failing to win a third round FA Cup tie against Nottingham Forest back in 1990. Ferguson has won 11 Premier Leagues, two Champions League and five FA Cup titles during his time as United manager.

LONDON - An expert at University of Reading, UK, is examining the use of nanotechnology to restore s...

Cancer was rare, but it did occur in Ancient Egypt: Scientist

LONDON - In a direct contradiction to a recent Nature article on cancer in Egypt, a Manchester Unite...

LONDON - The jury system might "not survive" if tweeting and the misuse of the Internet by jurors is...

Girls are held back by ladette culture: Cambridge University academic

LONDON - A senior academic from prestigious Cambridge University has stated that young women are so ...

Oxford students say they are worst behaved in Britain

LONDON - It seems like a long, long time when students at Britain's top university bragged about the...
Copyright© 2010 The Gaea Times