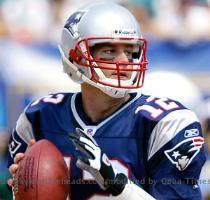 FOXBOROUGH (GaeaTimes.com)- Last night the Green Bay Packers put up an extremely impressive start and continued with it but to their dismay lost out the game at the end. Matt Flynn from the Packers side shot up like a wizard last night but ultimately had to bend down in front of opponent Tom Brady. It was extremely disappointing for the Green Bay Packers to accept last night’s defeat for 31-27 especially after they fought the battle with every single effort.

Not only team players but also the Packers fans could not believe that the Patriots had actually made them lose it since they had not been so impressive throughout the game. Those who were present at the Gillette Stadium, Foxborough said that the game on Sunday night was certainly an uneven one. It was not as smooth as the Patriots had expected it to be. The Green Bay Packers gave the rivals a tough fight and shot challenges up every moment of the game. However, at the end the Patriots ultimately proved that they were capable of confronting every challenge successfully that came up their way. The credit for this goes to Tom Brady.

Football experts were seen telling that except for Tom Brady there was no one else from the New England Patriot side who came up to give a good shot. Certain controversial comments like that the New England Patriots should not have won the match was also seen coming from the critics. The reason that is being cited for the loss of the Green Bay Packers is that they missed out quite some good opportunities that were in front of them. They had dropped passes and dropped interceptions.