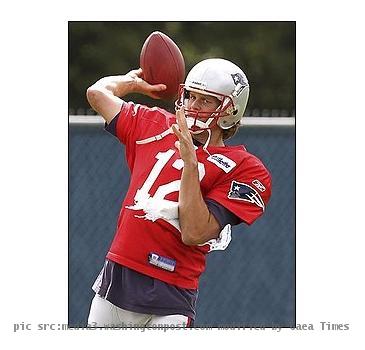 BOSTON (GaeaTimes.com)- The quarterback of New England Patriots Tom Brady started his day on a bad note but never thought that at the end of the day he would call it his lucky day. His car was damaged in an accident in the morning but he maned to escape unscathed. The player was elated when he bagged the contract that is going to make him NFL’s highest paid player. Sources close to the player revealed that the contract will remain effective for 4 year. The contract becomes effective from 2011. As per the agreement the player will get $18 million a year. However the sources chose to remain anonymous since the NFL is yet to finalize the documentation. The player incidentally is getting an amount of $6.5 million this season as per a six year deal of which it is the final year.

With this new agreement extension Tom Brady is going to break the previous NFL record set by Eli Manning, the New York Giants quarterback. It may seem ironical to some that the new agreement for the player came on a day on which he met with an accident near his residence in the Back Bay of Boston. The other car involved in the crash was a red minivan and the cause was that the driver of the other vehicle failed to apply the break at the signal.

The other people in the minivan did not get injured and they emerged unhurt from the car after the crash. The police report however did not mention player Tom Brady and it said that the Audi driver did not suffer injury after the accident.