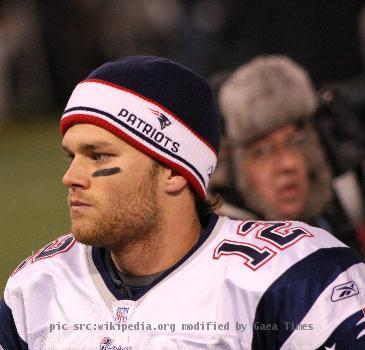 BOSTON (GaeaTimes.com)- The New England Quarterback Tom Brady suffered a major car accident early on Thursday evening but emerged unhurt apparently. The accident reportedly took place at around 6:30 a.m. on Thursday morning at a Boston intersection. While the player reportedly walked out of his car after the accident unhurt, the passenger of the van that was involved in the accident was rushed to Brigham and Women’s Hospital for medical attention. The injuries suffered by the passenger are not life threatening. Tom Brady denied any medical help reportedly and rushed to Gillette Stadium.

A law enforcement officials has revealed to media sources on condition of anonymity that Tom Brady’s car accident took place near the player’s home in Back Bay area of Boston. Tom Brady was driving his Audi Sedan when he was slammed by a minivan at the intersection of Commonwealth Avenue and Gloucester Street reportedly. The passenger of the minivan became unconscious and was removed from it with the help of jaws of live.

Some eye witness who were present at the scene have mentioned to media source on condition of anonymity that Tom Brady looked ruffled after the accident. The witness mentioned, Tom Brady “looked a little shook up, shaking his hands.” the player reportedly went to an ambulance but came out within few minutes and was taken out of the place by a Jeep Cherokee driven be some unknown person. Some sources reported that although Tom Brady declined to see the doctor immediately after the accident, a New England Patriots medical personnel later examined his situation. The New England Patriots are scheduled to play against Cincinnati Bengals on Sunday.