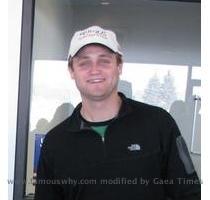 SAN DIEGO, (GaeaTimes.com)- Nate Kaeding’s injury took a toll on his team, San Diego Chargers, at the Qualcomm Stadium. It lost the game to New England with a score of 23-20. The player was replaced by 12 year veteran Kris Brown, whose incorporation into the team was not much of a help as they lost to Patriots with a score of 23-20.

Nate Kaeding suffered a tremendous injury last week, while he was practicing for a pre- game warm up. He sprained his groin, while he tried to attempt a goal and slipped off, while kicking the ball. He was then replaced by Kris Brown, whose performance could not live up to the standard set by the Patriots, especially, Tom Brandy. In fact, no one from the San Diego Chargers could perform well, till the last quarter of the game. Kris Brown, however, tried to attempt a 50-yard field goal, with 22 seconds remaining, off the right upright, in the last quarter, which was not much of a help. Another Charger, whose performance was worth mentioning, in the absence of Nate Kaeding, was Patrick Crayton, who got 82 yards in seven receptions, in the last quarter. Had he not done that, the overall team performance of San Diego, could have been worse.

Nate Kaeding, who is regarded as no.1 fantasy kicked has always been an extremely reliable player, who consistently strives to pull up his team’s scores on a weekly basis. Although, many experts thought that he would be able to joint the game of week 7, against the New England Patriots, it soon came to hear, that the doctors have restricted him from playing any match till November 22.