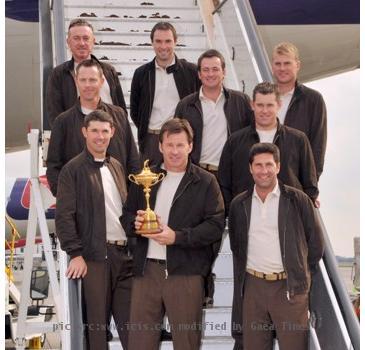 NEW YORK (GaeaTimes.com) — The European Ryder Cup team have been awarded with the title of BBC Sports Personality of the Year awards in Birmingham.

Europe were recognised for their achievement in regaining the trophy from the USA in October in such thrilling fashion at Celtic Manor.

Ryder Cup Captain Colin Montogomerie is honored with the Coach of the Year for his Ryder Cup success, beating Blackpool manager Ian Holloway and England cricket coach Andy Flower to the award.

India hands out innings defeat to Kiwis in Nagpur

Kiwis need to show spine to get India in Nagpur Test: Richardson

NAGPUR - An excellent display by the Indian bowlers saw New Zealand being reduced to 148 for seven i...
Copyright© 2010 The Gaea Times