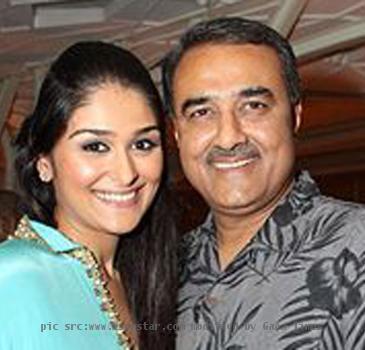 NEW DELHI, INDIA (GaeaTimes.com)- It seems that the controversy surrounding the IPL franchisees is far from over. Although many observers had speculated that with the resignation of former Union External Affairs minister Shashi Tharoor the IPL controversy would recede to a certain extent, it seems unlikely in the wake of another senior minister, Praful Patel as well as her daughter Poorna Patel’s name emerging in this regard.

The association with Praful Patel with the IPL controversy has been brought to light after a leading news source reported that the Civil Aviation Minister’s personal secretary had sent an email to Shashi Tharoor which contained documents that featured details of the franchisee valuations of the IPL teams. It has been stated that Praful Patel’s personal secretary Champa Bharadwaj had mailed the details to Shashi Tharoor on March 19, which is just two days prior to the opening of the bids for the new IPL teams. At the same time, it has also came to light that the documents were mailed just about two hours after the documents were received by Praful Patel’s daughter Poorna Patel, who is known to be the hospitality manager of IPL after it was reportedly mailed her by IPL CEO Sundar Raman. While reacting to the revelations, the IPL CEO has added that he has no clue what made Poorna Patel forward the mail to the Civil Aviation Minister’s office.

Meanwhile, Poorna Patel has divulged to the news sources that she forwarded the mails as per the instructions provided to her by Sundar Raman and apart from that, she has no other information in this regard.