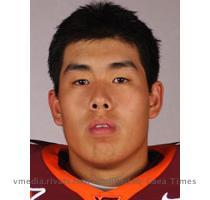 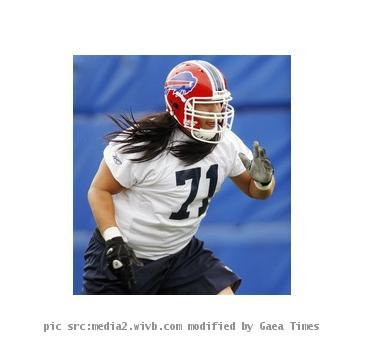 PITTSFORD (GaeaTimes.com)- As per media reports, rookie left tackle for the Buffalo Bills Ed Wang has suffered injury during Sunday’s training. The player had apparently suffered some kind of injury on his lower right leg. Although the coach of Buffalo Bills, Chan Gailey did not deny the fact that Ed Wang had suffered an injury in his leg, he declined to comment on the matter any further and maintained that doctors will determine within a day’s time whether the player is in need of any kind of surgery.

As per reports, early on Sunday Ed Wang got hurt during a running play when he was bowled over by guard Kyle Calloway. The incident occurred during a full-team drill of Buffalo Bills. On Monday the player was seen watching the practice session of the team with a wrap around his lower right leg. Coach Chan Gailey said to media sources that Ed Wang’s Sunday injury is in no way related to his left leg injury in June that kept the player out of many several minicamp sessions.

Although it is not yet clear whether the player needs to go under the knife or not, but if Ed Wang goes for a surgery then chances are there that he might have to give a miss to the rest of the Buffalo Bills’ ongoing training camp. A fifth round draft pick out of Virginia Tech, Ed Wang was the first player with direct Chinese ancestry to get drafted. Ed Wang is trying to compete for a backup position. Apart from Ed Wang the other player to miss the Monday training was offensive tackle Cordaro Howard who is recuperating from a head injury.